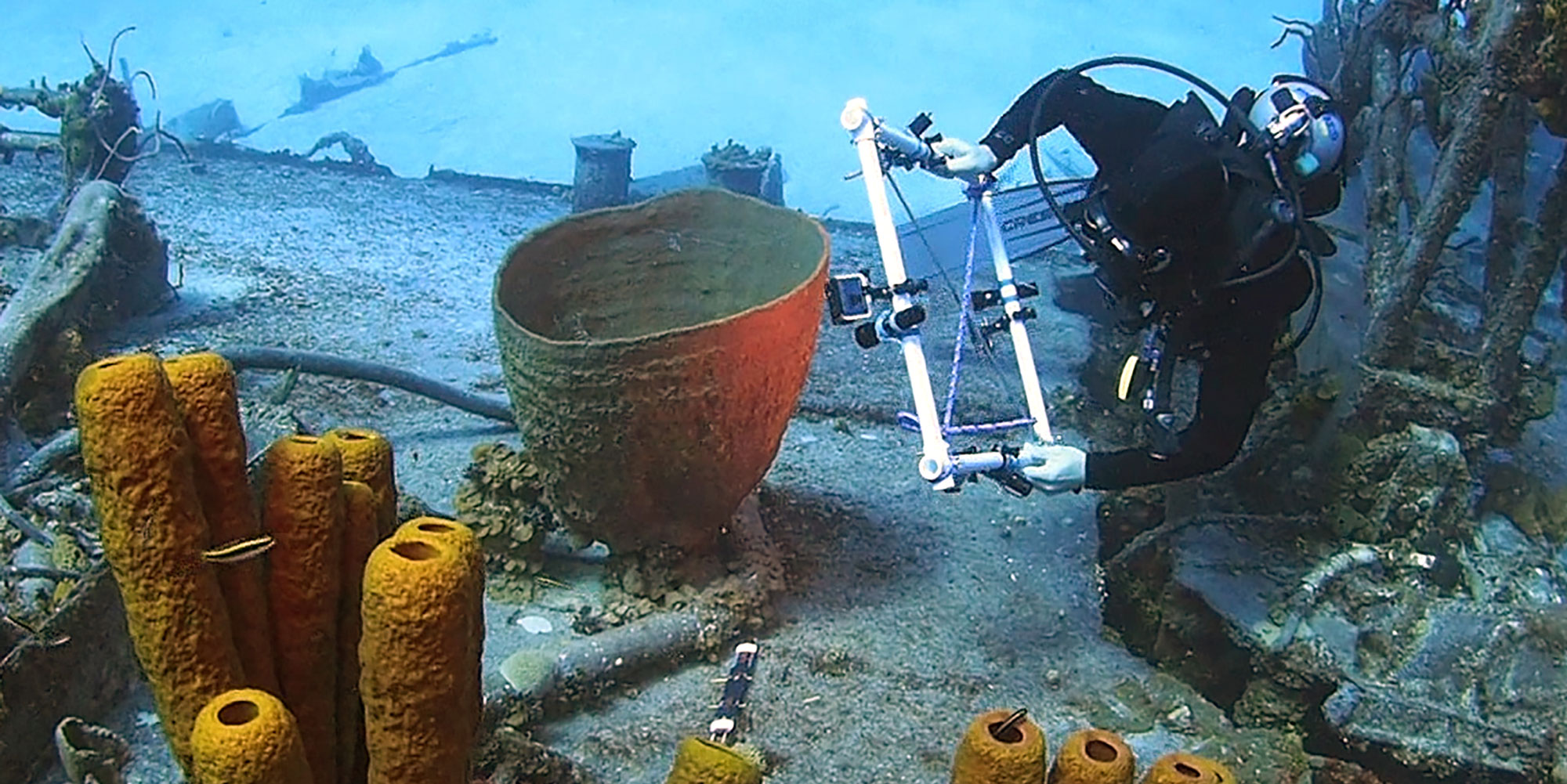 It’s hard not to get excited about sponges when viewed through the eyes of Joseph R. Pawlik, Ph.D., esteemed professor of marine biology at the University of North Carolina Wilmington (UNCW). He’s been studying them and conducting research on Caribbean sponges for the past 25+ years because, according to Pawlik, “…they are an excellent model system for studying biological phenomena. And in general, sponges are doing very well there—probably in detriment to corals.”

“Professor Sponge” (our nickname for him and not necessarily one his students would use!) recently made his second research trip to Cayman Brac, doing multiple dives on the MV Captain Keith Tibbetts to measure growth of the sponges on the wreck.

“Cayman Brac is a great place to study sponges, because we know when the Tibbetts wreck was sunk and therefore the exact moment when earliest growth began,” said Pawlik. “The island’s waters have also largely remained untainted by humans as compared to other areas of the Caribbean. Sponges don’t do well in places with poor water quality.”

In non-scientific terms, sponges and seaweed have teamed up against corals. Sponges create fertilizer that supports the growth of seaweed, which is a form of algae. Seaweed produces sugars that fuel sponge growth. And proliferation of algae can choke off oxygen to corals, causing them to become diseased and potentially die.

But the solution isn’t to eliminate sponges, because they provide habitats for many marine animals as a safe refuge from predators. They also serve as food for turtles, some species of angelfish, sea slugs, starfish, and some larvae. And important to divers—sponges increase water visibility, removing particulates as they turn over their entire water column in as little as two days.

Pawlik feels that researching and understanding more about this process may help answer many questions we have about preserving, protecting, and the future of the marine environment.

Professor Pawlik is originally from Minnesota – more than 1,000 miles away from seawater and about 1,600 miles from the warm Caribbean. He developed a love for the marine world as a young boy in the early 1960s, watching “The Undersea World of Jacques Cousteau” on a small black and white TV in his family’s living room. In high school Pawlik spent his disposable income on a marine aquarium, finally learning to dive in Minneapolis with open water checkout dives in the Bahamas. He studied biology at the University of Minnesota and earned his Ph.D. in Marine Biology in1988 from the Scripps Institution of Oceanography at UC-San Diego. Pawlik has been with UNCW since 1991. 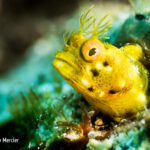